Millénaire is a single-player and multi-player mod for Minecraft, a 3D sandbox game. It aims to fill the "emptiness" of worlds by adding NPC villages to it, with loose 11th-century Norman, North Indian, Mayan, Japanese, Byzantine and Inuit themes with additional cultures planned. 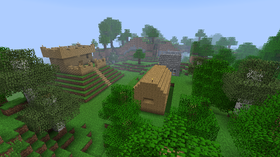 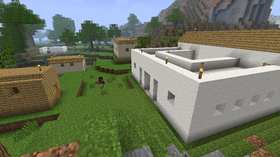