I thought I would through this out there. Post your screenshots, or not


(I'll update this with a picture of a village later, I can't connect to the server that it's on at the moment 0-0)
Top

The texture pack is Chroma Hills, an awesome medieval texture pack that goes perfectly with this mod, especially the Norman villages.
Top

Nice Gros Bourg you have there.

Here's a pic of me posing in front of my heavily modified Chak Muul in a Mayan Village I am at the "Friend of the Village" reputation level in. I decided to make the stonework more interesting and add flames to the top (all Mesoamerican pyramids gotta have flames coming out the top SOMEWHERE, IMO 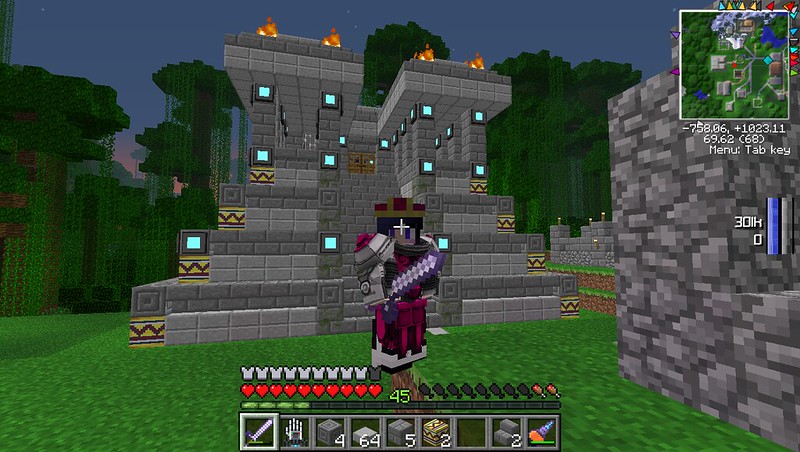 As you can see by the crown I'm wearing, I've completed the Mayan Creation Quest (The Fallen King)... I'll try to post some interior shots as well, once I get the IC2 machinery set up and running, as well as pics of the rest of the village (it's getting pretty far along in development... For some reason, the villagers have been ignoring upgrades to the central pyramid in favor of upgrading mines, markets and peasant housing, though

Return to “Millénaire in English”