Re: Crash during the Experiment Quest

Just download the most recent version of Millenaire (5.2) and install it. The bug should be fixed in this version.

Well, you have a ton of mods installed, with that many mods it is to expect that incompatabilities pop up sooner or later, even if you solved ID conflicts.

Could you provide us with a list of the mods you were using? Trying to find all in the error log is quite a chore.

Probably an incompatability with one or more of the other three mods you have installed. Try uninstalling the other mods and see if Millenaire works without any other mods. After that you can install the other mods one by one in order to see, which work with Millenaire and which don't.

I think the suggestion concerning "Infinite" Cities isn't really implementable since bigger villages mean more CPU-strain. After a certain point the villages would just become too big to be handled by your computer.

That means that both mods are incompatible and clash. Try uninstalling one of them and your problem should be solved.

Look up the "Manual Installation" and follow the steps there.

It might be great if you could give exact information about the mods you are using aloong with Millenaire. Often those "console spams" are caused by incompatibilities between mods.

I'd recommend updating to the most recent version of Millenaire (5.2.0, requires the latest Forge). After that, see if the problem persists.

When I accidentally shot a villager with an enchanted Yumi bow, he was killed instantly, but it didn't affect my reputation nor did it grant me the corresponding achievement. I guess this means that the mod didn't recognize him as being hurt by the player. I also tried to reproduce this in a new wor...

Are you using the most recent version of Millenaire (5.2)? The bug should be fixed in this version.

v5.2 Village blocks are shown on top of speech panels

Hi, I don't know if this really counts as a bug, but it isn't very pretty to say the least:
Locked chest, village signs and other blocks that are placed by the mod are shown on top of the speech panels of villagers. Here's an image to show you exactly what I mean: 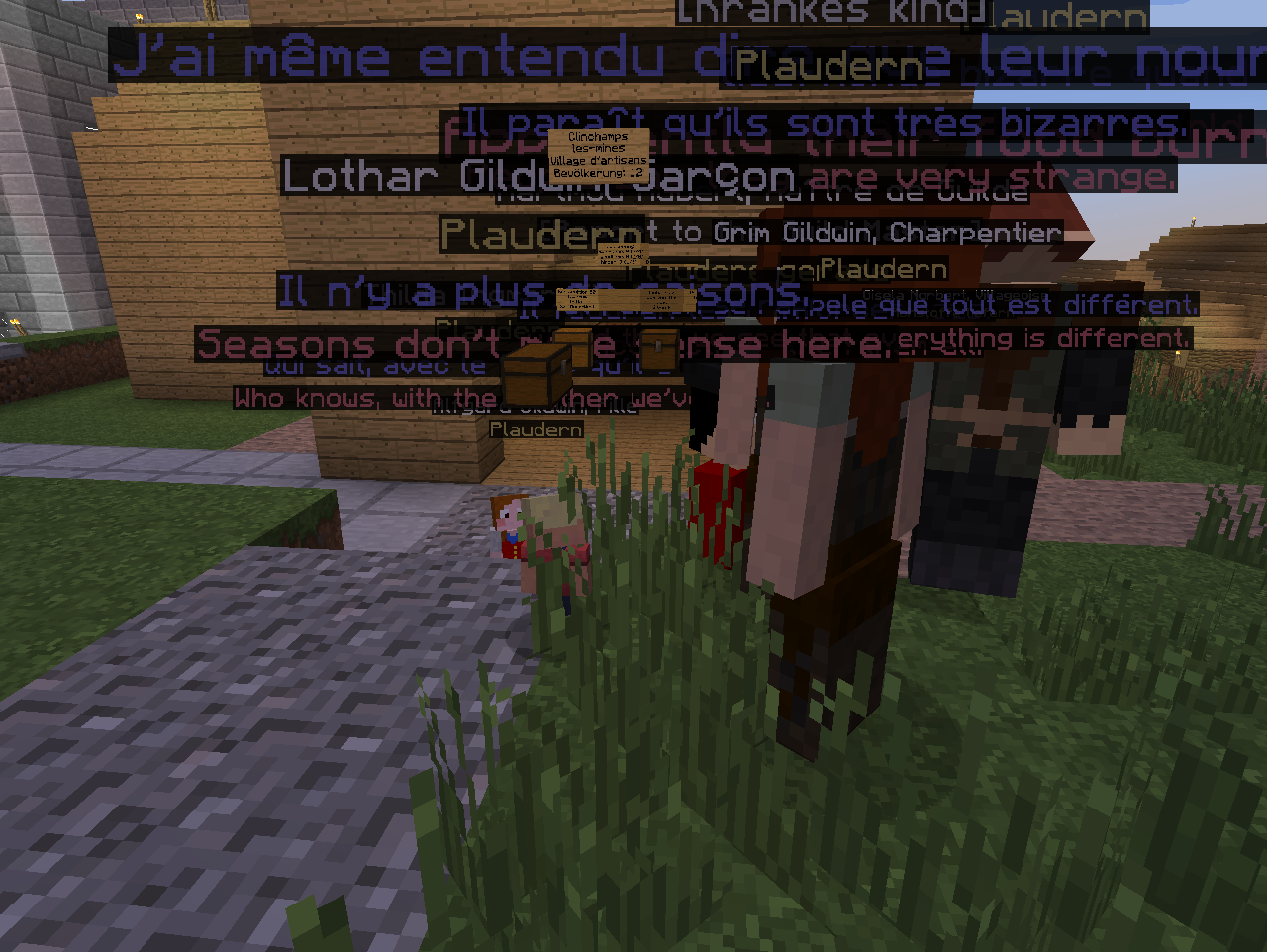 As far as I know this is a known bug that occurs for almost everyone who tries to trigger the explosive.

Hi there, I'd really like to tackle some of the translation so what is to be done?
Search found 15 matches • Page 1 of 1